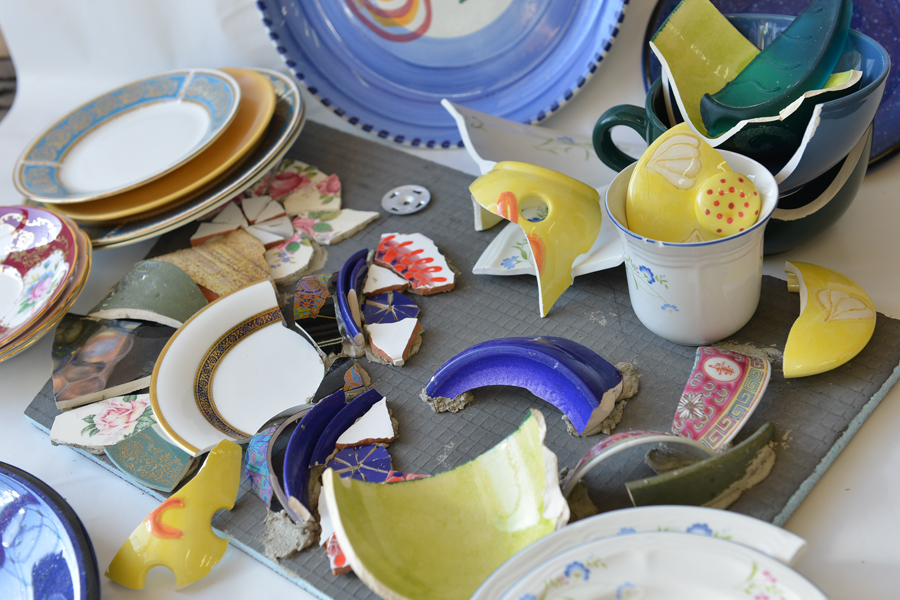 Bring your own china plates, mugs, etc...Dvelop the basic technique in cutting and crafting a mosaic with broken crockery, suitable for 8 years old and above. The history of Picassiette starts with Raymond Isidor a French graveyard workerin the city of Chartres, France around 1900-1964 One day in 1938, he found some pieces of crockery that amused him and began a mosaic project that would continue for almost thirty years, decorating the interior and exterior of his house, Isidore gathered the materials he needed for his mosaics from garbage dumps, people began to call him “Picassiette,” a twist on pique-ssiette (scavenger) or stolen from plate
Picasso visited his house “La Maison de Picassiette” in 1954.
In 1981 the city of Chartres took ownership. Two years later, La Maison de Picassiette was honored with national Historical Monument status and remains open to the public as a museum.